Electric car service to be launched in Hoi An

Quang Nam’s provincial People’s Committee has approved a plan on conducting the pilot scheme of using electric cars to carry tourists in Hoi An City from January 1, 2017.

The service aims to help transport visitors from Tan An Commune/s bus station to the ancient town of Hoi An, An Bang Beach and Cua Dai Beach.
Under the plan, around 50 electric cars will work from 6am to 10pm daily.
Quang Nam/s provincial People/s Committee asked the Hoi An Public Works Joint Stock Company and Quang Nam Province/s Department of Transportation to develop a concrete plan.
Electric cars have been used in Ha Noi, Da Nang and the provinces of Khanh Hoa, Hai Phong, Lao Cai, Thua Thien–Hue and Ba Ria–Vung Tau. 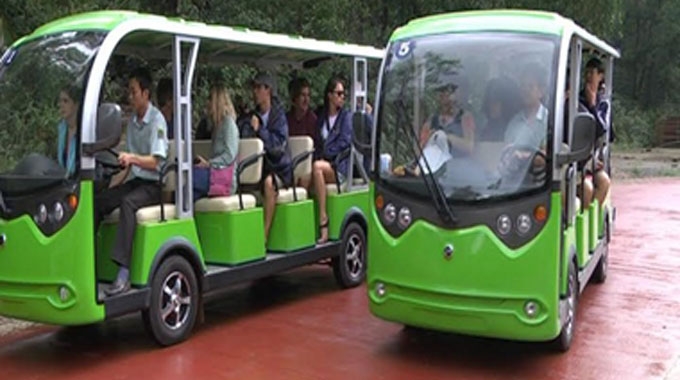 This new means of transportation is very environmentally friendly. It not only saves energy, but also cuts down on noise pollution.
Source: Nhandan