The campaign of smoke-free environment is strongly responded in Hoi An City (Quang Nam Province).

Smoke-free environment
Since the programme of smoke-free tourism city was launched in 2011, the number of smokers in Hoi An city has reduced dramatically, especially in tourism and services. Till now, over 50% of smokers quits their smoking habit or stops smoking at public places. When the law on Prevention and Control of Tobacco Harms was enforced in 2013, the city started on the campaign of building smoke-free hotels and restaurants. There have been 102 out of 209 hotels and accommodations in response to this campaign. Tourists seems to be very satisfied with the free-smoke environment when they come here because it is good for their health.
Hoi An city"s Party Committee has also issued a directive on prevention of tobacco until 2020. All the staff in the city will stop smoking in workplaces and public places by the end of 2016. According to Vice Chairman of Hoi An city people"s committee Nguyen Van Son, smoking is strictly banned in public places of the city such as hospitals, schools, monuments, and so on. Hotels and restaurants have to arrange the areas reserved for smokers. The city also tries to persuade the inhabitants of smoke-free cultural activities, festivals, community events, weddings or funerals. 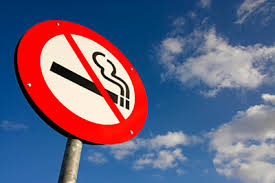 Pervasion
The Fund for Prevention and Control of Tobacco Harms of Viet Nam - VINACOSH, The Centre for Development Studies - CDS and the World Health Organization - WHO in Viet Nam launched the campaign of Building Smoke-Free Restaurants and Hotels in order to protect public health, increase profits in tourism businesses, protect the landscapes and create fresh, civilized and polite tourism environments. According to a survey by Viet Nam Public Health Association and HealthBridge Canada in Viet Nam, 80% of consumers approve of the smoke-free hotels and restaurants. 82.3% of adults agree with no-smoking in restaurants. Chairman of the Quang Nam Tourism Association Vo Van Van said that no-smoking in the public areas is an inevitable trend in tourism development, providing visitors and local residents with environmentally friendly products.
Mr. Nguyen Tuan Lam (Representative Office to the World Health Organization in Viet Nam) congratulated Hoi An City on its smoke-free tourism model. He hoped to expand this model to all over the country.
Source: Quang Nam News