After the event of Vietnam International Choir Competition which was held in 2011 and 2013, Hoi An has become an ideal destination where international choirs would really love to make their concert tour.

After the event of Vietnam International Choir Competition which was held in 2011 and 2013, Hoi An has become an ideal destination where international choirs would really love to make their concert tour. In 2014, the friendship concert of the Pacific Boychoir (USA) left a deep impression on the locals and tourists in Hoi An. This year, other ensembles from USA – Phillips Exeter Academy Concert Choir and Chamber Orchestra (PEA) will perform in Hoi An. 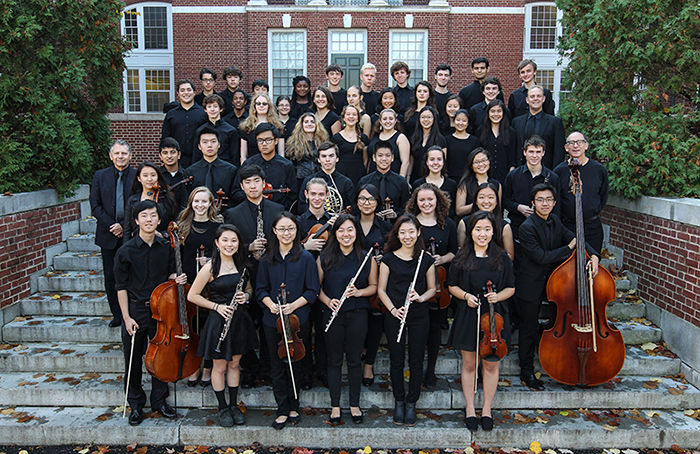 Phillips Exeter Academy was founded in 1781, located in Exeter, New Hampshire, USA. The famous PEA ensembles consist of 52 singers and players.
Phillips Exeter Academy’s acclaimed Concert Choir and Chamber Orchestra will travel the length of Vietnam, from Hà Nội, Huế to Hồ Chí Minh city, performing concerts of classical Western music and Vietnamese folk song and their performance will take place at school or theatre there. In Hoi An, the PEA ensembles will perform at the front area of Japanese Bridge, starting at 20:00 on March 16.
The 28-voice Concert Choir under the direction of Kristofer Johnson, and the 24-player Chamber Orchestra, with conductors Peter Schultz and Rohan Smith, will perform American and European selections by: Leonard Bernstein, John Philip Sousa, Scott Joplin, Dolly Parton, Mozart, Joseph Haydn, Francis Poulenc, Gabriel Fauré, Jaakko Mäntyjärvi, Arcangelo Corelli, William Billings and more. They have also prepared two Vietnamese folk songs, Trống Cơm and Lý Kéo Chài, arranged especially for the tour by Vietnamese musician and composer Van-Anh Vo. The concert will end with joint performance by the PEA Concert Choir, singers  and instrumentalists from Hoi An: Auld Lang Syne.
The concert is considered as a starter for the 4th Vietnam International Choir Competition-taking place in Hoi An from April 29 to May 3, 2015.
Source: The Center for Culture and Sports of Hoi An City