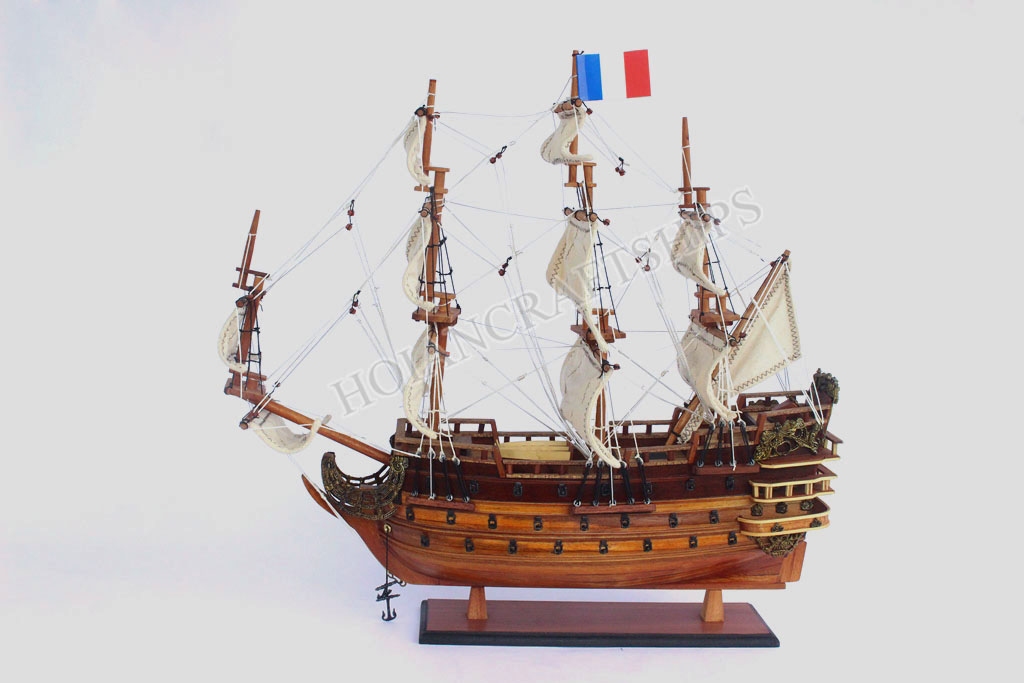 Soleil Royal was a French 104-gun ship of the line, flagship of Admiral Tourville. She was built in Brest between 1668 and 1670 by engineer Laurent Hubac, was launched in 1669, and stayed unused in Brest harbour for years. She was recommissioned with 112 guns and 1200 men when the Nine Years War broke out in 1688 as the flagship of the escadre du Ponant (squadron of the Ponant).


She was said to be a good sailing ship and her decorations were amongst the most beautiful and elaborate of all baroque flagships. The emblem of the "sun" had been chosen by Louis XIV as his personal symbol.

The remains of the Soleil Royal now lie buried beneath a parking space next to the Arsenal.

•  The Soleil Royal model ship is built on scale by the original plan, then drawn up  and painted by actual photographs to ensure the best accuracy. 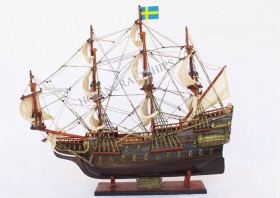 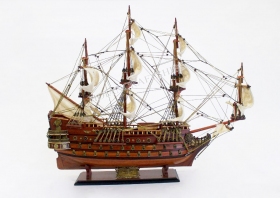 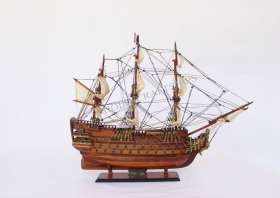 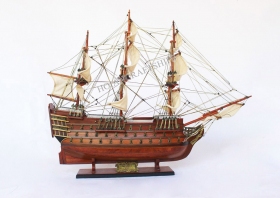