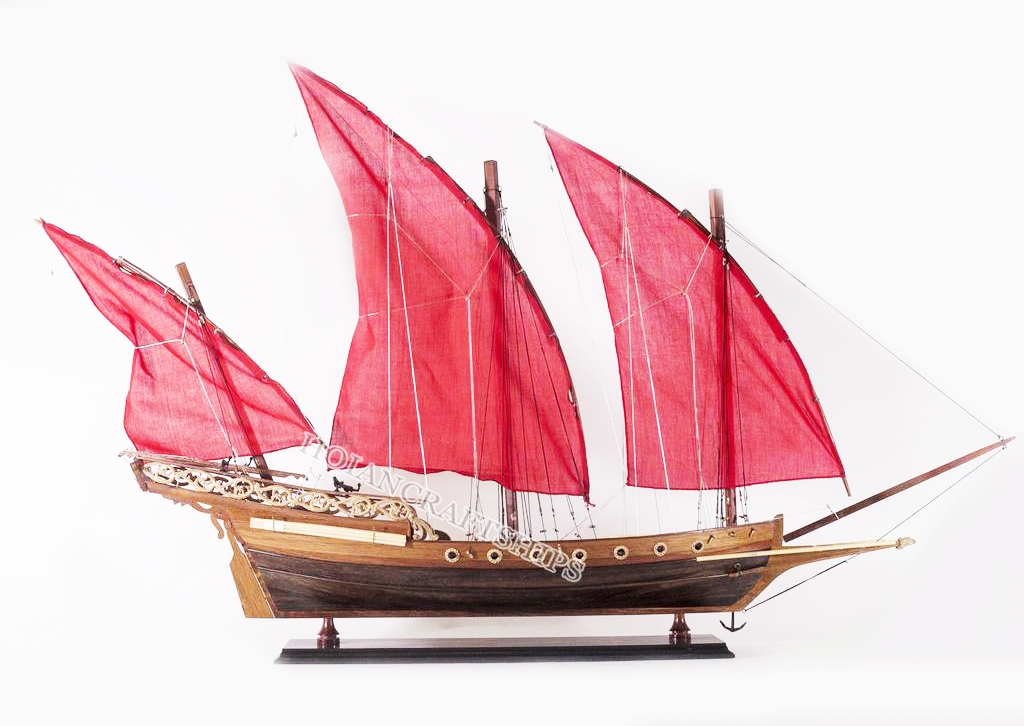 This is a model of an 18th century Arabian chebec. Chebecs were originally Arab constructions that were famous for their speed and maneuverability.   They are thought to have originated in Algeria, and were used by corsairs of the Maghreb from the beginning of the 17th century. The chebecs proved very useful as fast raiders, despatch boats and merchant ships.

With their pronounced slim and hydrodynamically advantageous hulls the chebecs belonged to the fastest and most agile ships of the Mediterranean in 17. to 19. century. As crew were 300 - 400 men on board, the armament of 16 - 24 cannons.

Frederik Henrik af Chapman described a 50 m long Algerian chebec in his "Architectura Navalis Mercatoria", Plate LVIII, No. 17 (published in Stockholm in 1768, see literature list). This ship model as well as the ship's boat were built according to the drawings of Chapman.

•  The Arabian Chebec model ship is built on scale by the original plan, then drawn up  and painted by actual photographs to ensure the best accuracy. 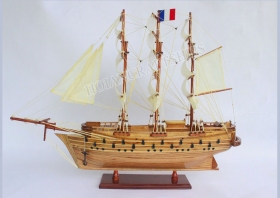 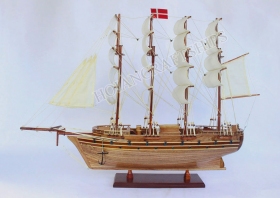 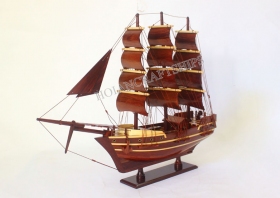 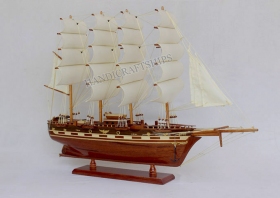 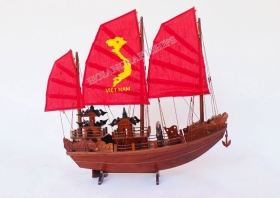 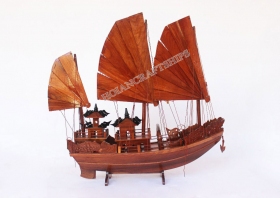 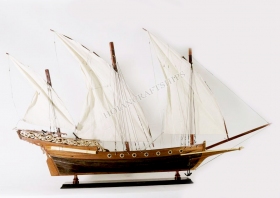 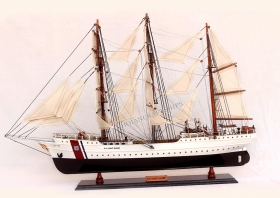