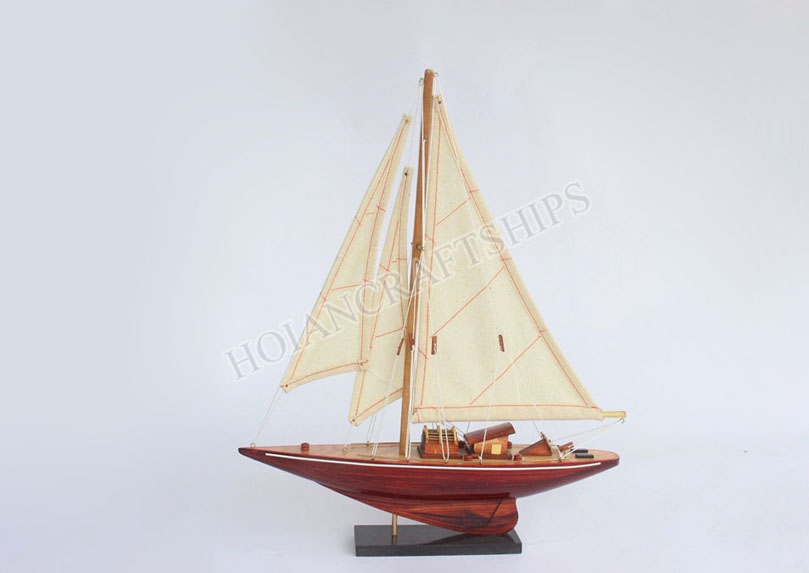 Shamrock was a racing yacht, she was designed by third-generation Scottish boatbuilder, William Fife III, and built in 1898 by J. Thorneycroft & Co., at Church Wharf, Chiswick, UK.

Shamrock christened by Lady Russell of Killowen at its launch on 26 June 1899. Shamrock featured a composite build, with manganese-bronze bottom and aluminium topside clinkerbuilt over a steel frame and a pine decking.

During her trials she raced against the 1895 America's Cup challenger, Valkyrie III, as well as twice beating the Prince of Wales yacht Britannia in regattas on the Solent.

Highlights about this Shamrock model yacht:

·          This model ship is entirely handmade by skilled and experienced craftsmen, using the plank on frame construction method

·          The Shamrock model Yacht are built on scale by the original plan, then drawn up  and painted by actual photographs to ensure the best accuracy. 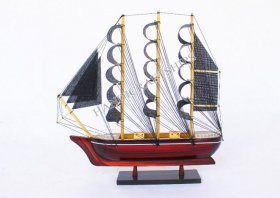