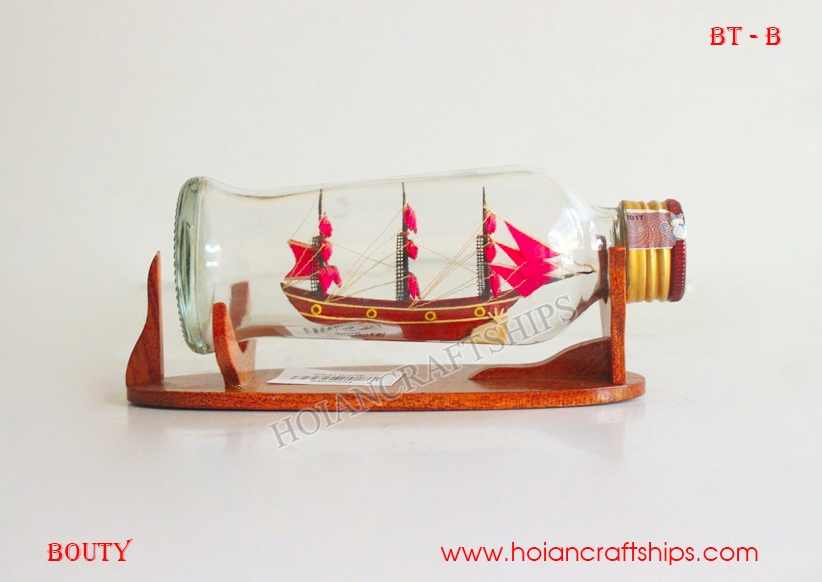 The ship in a bottle is one of the classic items of nautical decorate, as much fun and mystery as it is remarkable craftsmanship.

Beautiful and detailed, ship in bottle always gives us great interesting feelings. All the parts are carefully designed and put inside a bottle

• Made of real glass bottles

• Bottle base made of coconut wood, through pre-construction inspection to ensure that it does not crack under any climatic conditions.

History of the Bounty ship

HMS Bounty, also known as HM Armed Vessel Bounty, was a small merchant vessel purchased by the Royal Navy for a botanical mission. The ship, under the command of William Bligh, was sent to the Pacific Ocean to acquire breadfruit plants and transport them to British possessions in the West Indies. That mission was never completed, due to a mutiny led by the acting Master, Fletcher Christian. This was the famous Mutiny on the Bounty.agonizing minutes it took to reach the enemy lines, the lead ships of the two British attack groups were forced to endure continuous fire in silence. Then the Royal Sovereign drew astern of the Spanish three-decker Santa Anna, raking her decks with a murderous double-shot volley that killed and wounded 400. 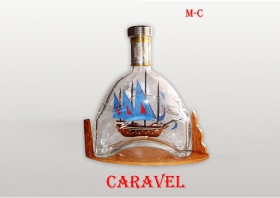 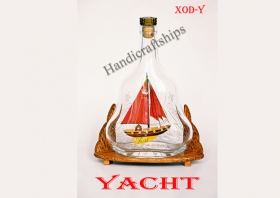 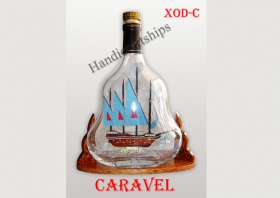 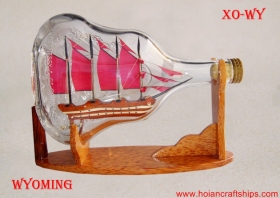 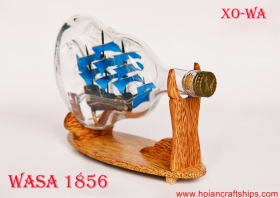 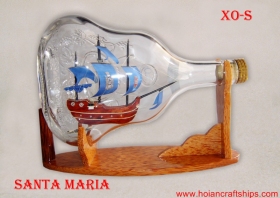 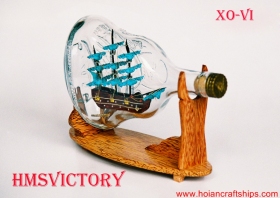