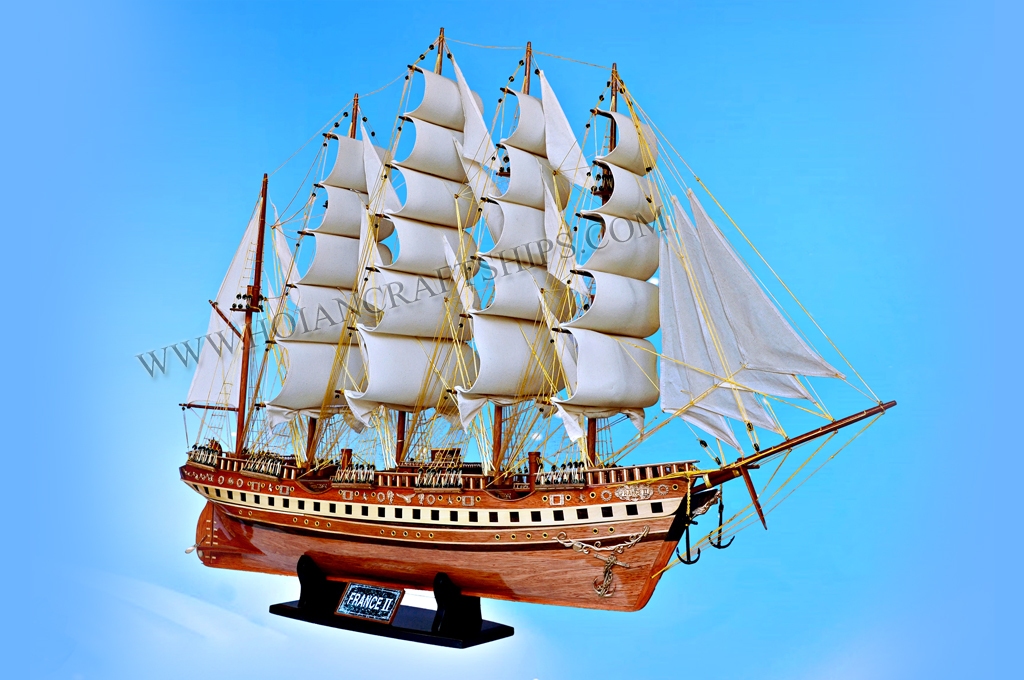 
•    This model ship is entirely handmade by skilled and experienced craftsmen, using the plank on frame construction method
•    No kits are use
•    Anchors, guns, decorations, and other intricate details sculpted of metal
•    Meticulously sewn sails, keep the sails from wrinkle
•    Use high-quality wood such as rosewood, ebony, black wood, mahogany wood...., timbers are after process step of pre-construction.
•    The France II model ship is built on scale by the original plan, then drawn up  and painted by actual photographs to ensure the best accuracy. 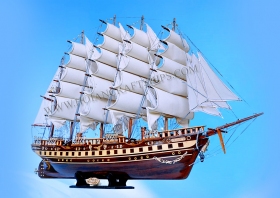 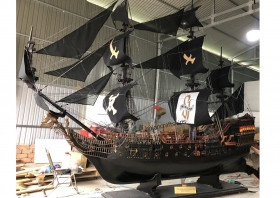 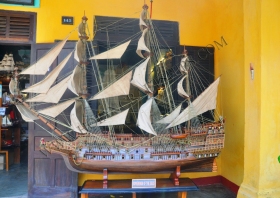 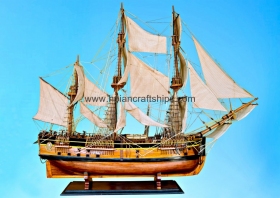