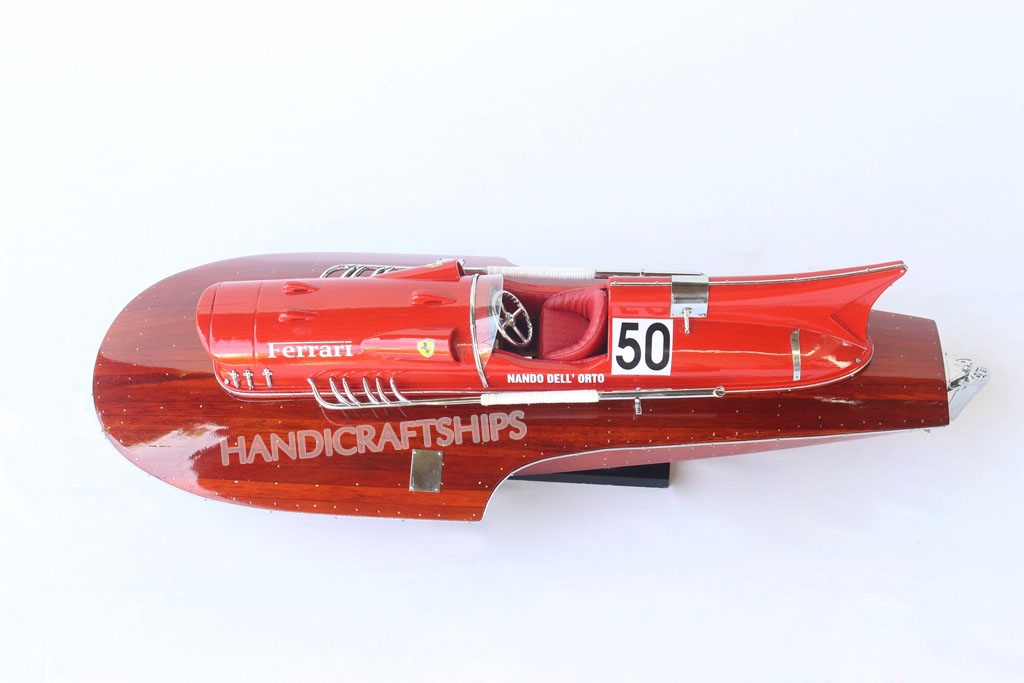 For 1953, Castoldi decided to focus on setting top speed records. He commissioned an 800kg-class three-point hydroplane hull to be built by Cantieri Timossi, a hydroplane builder on Lake Como, near Milan.  What Ferrari supplied was a Type 375 V-12 Grand Prix engine that displaced 4493.7cc and produced approximately 385bhp. This engine spun the twin bladed propeller at up to 10,000rpm!

The hull was dubbed Arno XI. For the engine, he turned to the new up and comers of the auto racing scene – Scuderia Ferrari.

On the morning of October 15, 1953, Achille Castoldi succeeded in smashing the 800kg Class speed record with an average "flying kilometre" two-way speed of 150.49 mph. He followed up the performance later that day by setting another record in the "24 Nautical Miles" event.

When Castoldi retired from hydroplane racing in 1954 he sold "Arno XI" to a wealthy engineer named Nando Dell’’Orto. Dell’’Orto revised the body lines of the engine cover and front fairing, added a large fin behind the driver for stability, and went on to race the boat for a few more years. The most notable success was a 2nd place finish in the 1965 900kg World Championship.

·        Our model boat is entirely  handmade by skilled and experienced craftsmen, using the plank on frame construction method

·        Use high-quality wood such as rosewood, ebony, black wood, mahogany wood.... all will go through processing step and pre-construction. 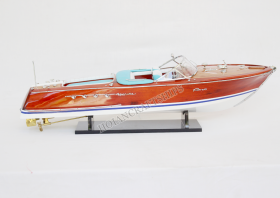 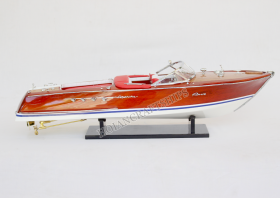 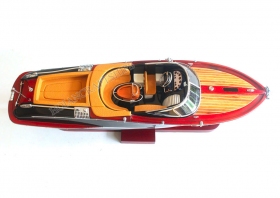 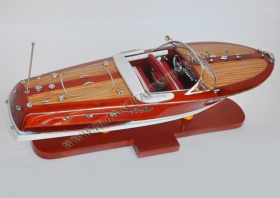 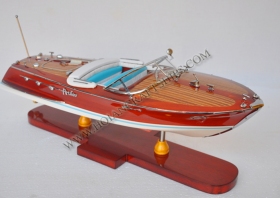 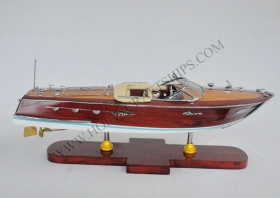 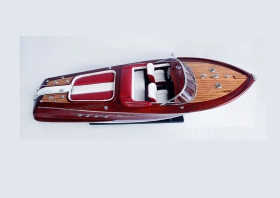 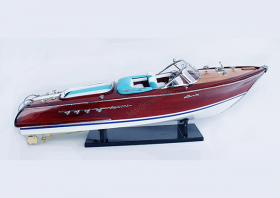